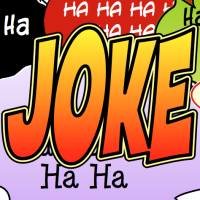 Q: What did the turkey say to the hunter?
A: Quack, quack!

Explanation: Happy Thanksgiving Day to readers who are celebrating Thanksgiving today.  I hope you are safe, and healthy.  Thank you for reading Explain the Joke!

On Thanksgiving day, many families celebrate with a traditional turkey meal.  Of course if you are the turkey, it is not such a good thing.

This joke is funny because the turkey is pretending to be a duck by saying, “Quack quack.”  Every language has words that mean animal sounds. In English, a turkey says gobble (scroll down on that link to hear the gobble).

Here is a reminder of the importance of being thankful.

Q: What happened when the ship ran aground while transporting red paint and black paint?
A: The crew was marooned!

Explanation: A bit of transportation humor this week.  To run aground means that the ship was not floating, but the bottom of the ship was touching the ocean floor (the ground under the water). If a ship runs aground it is like a car hitting something and a big mess can occur.  The ship in the joke was carrying red paint and black paint, so all all of the paint probably spilled and mixed together creating the color maroon.

This joke is funny because it plays with the word maroon, a color, and marooned, to be stranded or stuck.

Of course you can be marooned in space like in this 1969 film:

Or marooned on a deserted island:

Explanation: In English, the word nut can refer to foods such as pistachios, cashews, and walnuts. Squirrels love to eat nuts, especially acorns if there are oak trees nearby.

To act like a nut means to act crazy.

This joke is funny because it plays with two of the meanings of nut: a type of food and to go crazy.

Here you can see an oak tree grow from an acorn:

Q: Why do skeletons stay so calm?
A: Because nothing gets under their skin!

To get under one’s skin is an idiom meaning that something bothers you.  If something gets under your skin, it nags at you, it irks you, it rubs you the wrong way; it bothers you.

Skeletons are all bone, no skin.  If you don’t have skin, nothing can get under you skin.

This joke is funny because it plays with the idiom to get under your skin.

Here is Frank Sinatra singing I’ve Got You Under My Skin:

Q: How does the moon cut his hair?
A: Eclipse it!

Explanation: A lunar eclipse happens during a full moon when the earth moves between the sun and the moon so that the full moon can no longer be seen.  The moon, of course does not have hair but that is part of what makes this joke funny.

This joke is funny because “eclipse it” sounds almost like “he clips it.”  I know that this joke does not make a lot of sense, but it does make me laugh.  Silly!

Here is a different look at the moon in the first science fiction film.  If you know the book or the movie The Invention of Hugo Cabret you will recognize it.  (Yes, Georges Méliès was a real person.)

Q: What do you get when you combine a porcupine and a turtle?
A: A slowpoke!

Explanation: A porcupine is an animal that has needles which are called quills.  The quills are sharp on the end and will hurt if they touch you, if they poke you (like when you get a shot in the arm).

This joke is funny because it combines the idea of a slow turtle and a porcupine with quills that can poke you into a slowpoke: a slowpoke is someone who does something too slowly.

Here is another animal that moves slowly: the sloth.

Q: What’s worse than finding a worm in your apple?
A: Finding half a worm!

Explanation: Imagine biting into an apple and finding a worm.  Yes, that is a very unpleasant thought because your apple is most likely not in very good condition.

Now, imagine biting into an apple and finding only half of a worm.  That means that the other half is in your mouth!  Yuck!!

This joke is funny because it sets up the expectation for something bigger, worse than a worm, and then surprises us with less than a worm, only half of a worm.

So, why are there so many types of apples?

Q: Why was the baby strawberry crying?
A: Because her parents were in a jam!

Explanation: Jam is a type of food that is typically made of fruit.  Jam is usually spread on another food like bread or toast (like the way butter is spread on bread or toast).  If you use strawberries to make jam, you have made strawberry jam.  Mmmm!  I like it.

To be in a jam is an idiom that means to be in a difficult situation, to have a problem.

This joke is funny because it plays with meanings of the word jam.  Yes, it might make you cry if your parents were in a jam (in a difficult situation), especially if you are a strawberry!

The word jam is also used when musicians play together like in the video below.  A jam session is usually informal and may involve improvisation.

Q: What did the baby corn say to the mama corn?
A: Where is pop corn?

Explanation: There are many types of families.  Some families, like the one in this joke, are made of a mom, dad, and baby.  Mom can be called mama; dad can be called pop.

Corn, of course, does not have a family, but there are many types of corn.  One type of corn is popcorn.  Popcorn is a type of corn that, when heated, explodes into a white, fluffy piece that you can eat.

This joke is funny because it plays with the word pop: a type of corn and a name for dad.

Do you like to eat popcorn?  I do.  I especially like to make popcorn on the stove with my stove-top popper.  Then I add just a touch of salt.  I find that my stove-top popcorn is better than microwave popcorn.  Here is a kernel of popcorn exploding in slow motion (it’s pretty amazing!).

Q: What runs but never walks, murmurs, but never talks, has a bed but never sleeps, and has a mouth but never eats?
A: A river!

There are many words in English that have multiple meanings and this joke shows us many of them that are related to a river.  The water in a river runs.  The river murmurs by making noise as it flows to the sea.  The bed of the river is the ground that is under the river.  The mouth of the river is where the river flows into the ocean.

This joke is funny because it uses many words related to river that have multiple meanings.

Are you familiar with Colombia’s Rainbow River?