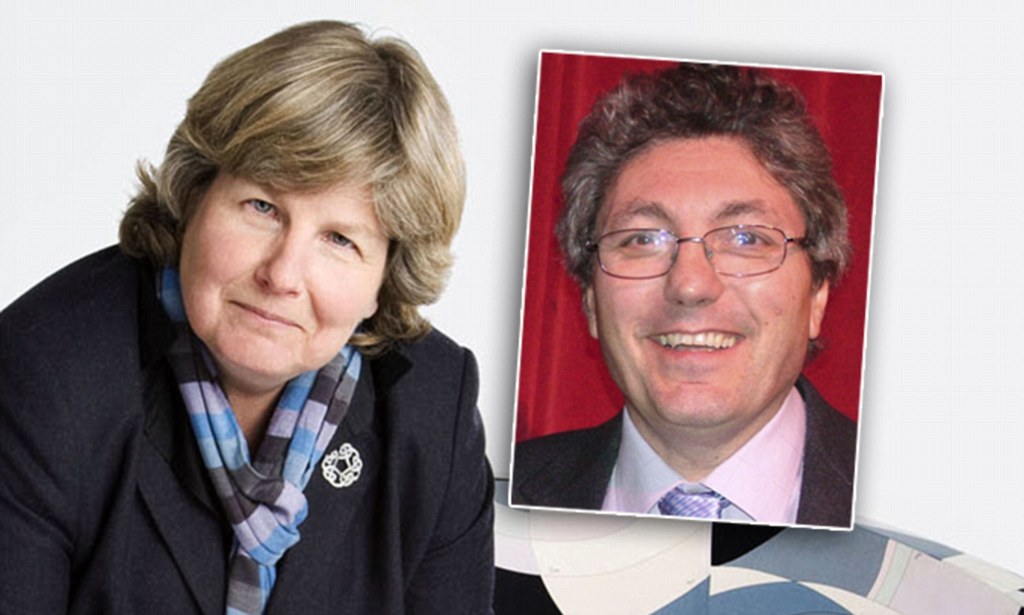 BBC executives rule most offensive word in English language is ‘a good joke’ on the radio at 6.30pm

The BBC was at the centre of a new decency row last night after ruling that the most offensive word in English is acceptable for broadcast.

The Corporation decided that the word – most abhorrent to women – has lost much of its ‘shock value’ and is tolerable for radio and television.

An executive who cleared it for daytime transmission on flagship Radio 4 even said it would ‘delight’ many of its audience, who would ‘love it’. 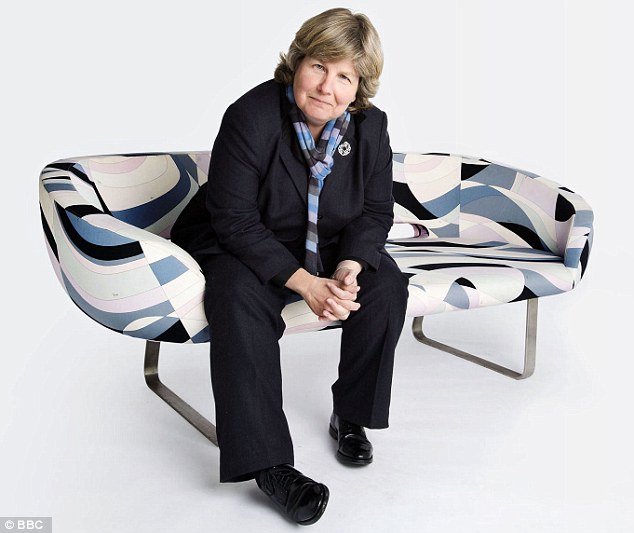 Foul word play: Sandi Toksvig made the highly offensive ‘joke’ on The News Quiz but it was deemed acceptable by BBC executives who screened it before broadcast

The BBC’s ruling is outlined in the rejection of a complaint from a member of the public, who took offence to a reference to the word on The News Quiz.

The scripted reference, in a joke by presenter Sandi Toksvig, was approved before the programme was broadcast first at 6.30pm and then as a repeat the following day at 12.30pm. 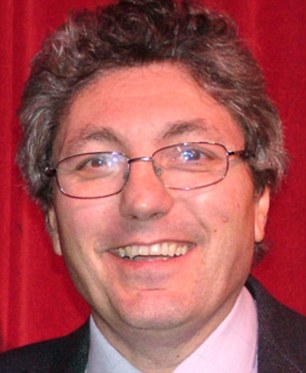 Approval: Radio Four’s Paul Mayhew Archer gave the go-ahead for the word to be used in the script

But the BBC’s rejection of the complaint has infuriated MPs and campaigners, who say the use of the phrase carries connotations of sexual abuse.

John Whittingdale, chairman of the Commons Culture, Media and Sport select committee, said: ‘The vast majority of people still regard this an offensive term and it should not have been broadcast at this time.’

The row centres on an edition of The News Quiz, which features two teams of comedians answering topical questions.

Danish-born comedian Miss Toksvig, a mother of three, made reference to the word in an item about cuts to child benefit. 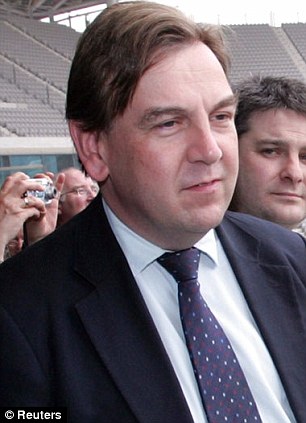 Obscene: John Whittingdale, chairman of the Commons Culture, Media and Sport select committee, said the term is still offensive and should not have been broadcast

The Mail on Sunday feels it is necessary to the reporting of the story to repeat the joke, and apologises in advance for any offence caused.

Miss Toksvig said: ‘It’s the Tories who have put the ‘n’ into cuts.’

The programme, broadcast in October last year, was pre-recorded and the remark was cleared by Paul Mayhew Archer, then Commissioning Editor of Radio 4 comedy.

But listener Colin Harrow, a retired newspaper executive, believed the reference was unacceptable and complained to the BBC and the BBC Trust.

Both bodies rejected his complaint – with their reasons for doing so last night at the centre of the fresh row.

In a letter dated 30 December 2010, Colin Tregear, the BBC’s Director of Complaints informed Mr Harrow that his complaint was being rejected following consultation with Mr Mayhew Archer.

Mr Tregear then reproduces Mr Mayhew Archer’s defence of the joke. The executive, who now works for the Corporation on a freelance basis, acknowledged that he knew the joke would cause offence but argued this was not a reason to censor it.

He wrote: ‘I want you to know that I thought very hard about whether to allow Sandi’s joke to be broadcast.

‘I knew it might offend some listeners, and if my job was simply not to risk offending any listeners I could have cut it instantly. But that is not my job.

‘My job here was to balance the offence it might cause some listeners against the delight it might give other listeners.

‘I say delight because I thought it was a good joke and I knew that a huge number of fans of the programme would love it.’

Mr Mayhew Archer, 58, went on to argue that the phrase had lost much of its ability to offend.

He wrote: ‘I was also aware that as a society our tolerance of «strong» language keeps shifting.

‘Ten years ago the single use of the word in a film would automatically earn it an 18 certificate. This is no longer the case. 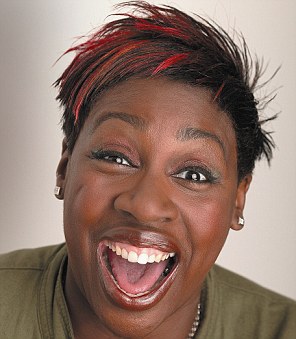 A guest on a BBC radio show left listeners disgusted after talking about an intimate sex act in crude terms just after 7.30am yesterday.

Listeners to Radio 4 Extra were shocked to hear comedian Gina Yashere discuss how American black female comedians talk about ‘sucking a *****’ on stage.

She was being interviewed on What’s So Funny?, a show presented by Rufus Hound, which was broadcast immediately after The Chrysalids, a drama aimed at younger listeners. What’s So Funny? was repeated at 5.30pm.

‘For good or ill, the word does not seem to have quite the shock value it did. I am not saying this is a good thing. I am simply saying that I think attitudes shift.’

Mr Mayhew Archer added that because 53-year-old Miss Toksvig was a ‘much-loved’ and ‘much-admired’ broadcaster she could say things others might not get away with.

In rejecting the complaint, Mr Tregear said there was a significant difference between the specific use of a term and an indirect reference.

He said Miss Toksvig was ‘using a degree of wit’ and the phrase was not ‘significantly out of keeping with the overall tone of the programme’.

Mr Harrow then took his complaint to the BBC Trust, which decided not to take it up.

The failure of the BBC to act comes despite guidelines which, while not banning any words or phrases, lists this word among terms considered to be particularly strong and potentially offensive.

Such words must only be used when editorially justified and must be cleared by a senior manager.

In a letter dated 20 January, 2011, Francesca O’Brien, head of Editorial Standards at the BBC Trust Unit, said: ‘The BBC guidelines include this word as one of the most offensive so I accept your comments regarding the potential offensiveness of the word.

‘However given the nature of the programme, service and time and the expectations of the likely audience, the fact that the word was not actually spoken but only referred to in word-play and with reference to the context of cuts which had been announced that week, I do not consider that there is a reasonable prospect of success for your appeal on the point.’

A subsequent appeal to the Trust’s Editorial Standards Committee was also rejected.

A disappointed Mr Harrow said last night: ‘I am not a retired vicar for Cheltenham and I am certainly not a prude. I spent most of my working life in newsrooms and I have heard my fair share of bad language.

‘But I do not expect to hear an unmistakable reference to this word in a BBC programme.

‘Of course they used a veil, but it was a pretty thin veil. They might as well have just said it.

‘You would have to be illiterate not to have understood what she was getting at.

‘What really surprised me was that programme was scripted and approved in advance.’

Vivienne Pattison, of viewers campaign group Mediawatch-UK, said radio programmes, currently free of any controls, should now be given their own watershed.

She said: ‘This is still an offensive term and is in fact one of the only truly offensive terms we have left. It should not have been broadcast at this time.’

The BBC said last night: ‘Context and tone are key to determining whether strong language is editorially justified.

‘The BBC has rigorous guidelines. The News Quiz is a long-running panel show aimed at an adult audience. Listeners are used to a certain level of robust humour.’

Ofcom said its own research confirmed the word was still regarded as highly offensive, adding that it would investigate any complaint made to it.