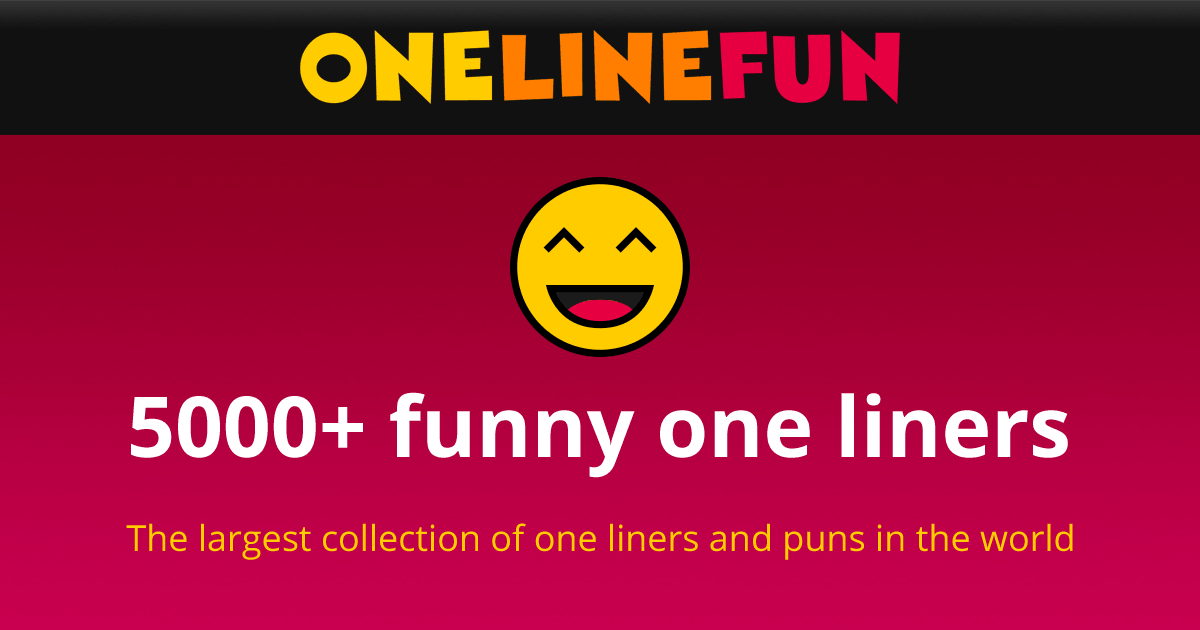 I find it ironic that the colors red, white, and blue stand for freedom until they are flashing behind you.

Just read that 4,153,237 people got married last year, not to cause any trouble but shouldn’t that be an even number?

I saw an ad for burial plots, and thought to myself this is the last thing I need.

I’d tell you a chemistry joke but I know I wouldn’t get a reaction.

Today a man knocked on my door and asked for a small donation towards the local swimming pool. I gave him a glass of water.

I think my neighbor is stalking me as she’s been googling my name on her computer. I saw it through my telescope last night.

Did you hear about the guy who got hit in the head with a can of soda? He was lucky it was a soft drink.

Alcohol is a perfect solvent: It dissolves marriages, families and careers.

I wasn’t originally going to get a brain transplant, but then I changed my mind.

I have a few jokes about unemployed people but it doesn’t matter none of them work.

Also you can try thousands of best jokes on Unijokes.com. Totally hilarious jokes!