As anyone learning a language will know, there’s a lot to grasp and remember.

In English, the rules of grammar are one of the hardest aspects with which to get to grips, and some grammar rules even elude native speakers. A good way to master them is to use humour: there are plenty of grammar jokes and conundrums out there that will help you learn the rules. Here are some of our favourites.

1. What’s the difference between a cat and a comma?

We start with a little rhyme to help you remember what commas are.
A cat has claws at the ends of its paws and a comma is a pause at the end of a clause.
Commas will be cropping up a few more times in this article, so take note!

2. One little comma makes all the difference Freddie Mercury was not asking his partner about the name of an object he couldn’t remember.
There are lots of jokes and other illustrations of how important commas are. They have the potential to alter the meaning of a sentence completely, as the next few examples show.
One humorous illustration of what difference a comma makes is as follows:
A comma is the difference between “What is this thing called love?” and “What is this thing called, love?”
“What is this thing called love?” (without the comma) is a rhetorical question and a paraphrase of the lyric of a popular song by Queen (Crazy Little Thing Called Love), but add a comma before the “love”, and you turn it into a question that one might ask one’s other half (addressing them as “love”, a term of endearment) when asking what an object (a “little thing”) is called.

Various jokes play on the importance of commas by pointing out that they can “save lives”. See the difference between versions one and two below:

The first one, correctly punctuated, provides a list of things people enjoy. Remove the punctuation, and you would be understood to enjoy cooking your family and dog for dinner. 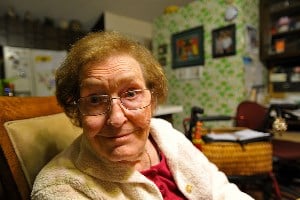 Grandma would like you to watch your commas.
Another joke that highlights the importance of adequate punctuation in English is:
“Let’s eat, Grandma.”
With the comma, these words indicate that the speaker is talking to their grandma and suggesting that they eat dinner. Watch what happens when you remove the comma:
“Let’s eat Grandma.”
Without the comma, the speaker is suggesting that they eat their grandma!
There’s also a popular internet meme depicting seals photoshopped onto a nightclub dancefloor. The caption is “Stop clubbing, baby seals”, with the subtitle, “Once again, punctuation makes all the difference”. That’s because when you remove the comma, it stops being about seals in nightclubs and starts being rather more brutal.

4. “Only” is a more significant word than one might think 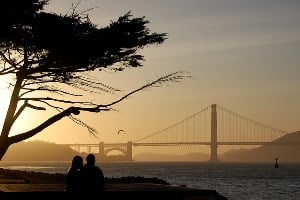 5. Getting in a muddle with dangling modifiers 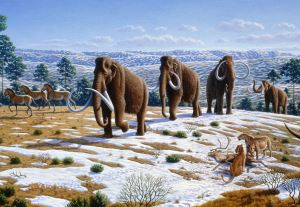 They don’t appear to have spears…
If the previous example left you in any doubt that changing the order of a sentence can drastically alter the meaning, see if you can spot what’s wrong with the following sentence:
“Early men hunted mammoths armed with spears.”
While we know what the writer was getting at here – that early men used spears to hunt mammoths – the way in which the sentence is ordered makes it sound as though it is the mammoths who were armed with spears. A better word order for this sentence would be: “Armed with spears, early men hunted mammoths.” Or: “Early men armed themselves with spears to hunt mammoths.”
Such misunderstandings arise from what’s known as dangling or misplaced modifiers.
“I found my missing hat cleaning my room.”
“I saw lots of horses on holiday in Spain.”
These are missing the word “while”, with the result that it sounds as though the hat was cleaning the room and the horses were on holiday in Spain. Adding “while” clarifies the situation: “I found my missing hat while cleaning my room”; “I saw lots of horses while on holiday in Spain.”

If you’re ever having difficulty remembering what a pronoun is, remind yourself of this joke:
When I was a kid, my teacher looked my way and said “Name two pronouns.” I said, “Who, me?”
A pronoun is used in place of a noun. Knock knock jokes are a great insight into English puns.
On the subject of pronouns, many people have trouble knowing whether to say “who” or “whom”. Here’s a ‘knock knock’ joke that revolves around this distinction.
Knock knock.
Who’s there?
To.
To who?
It’s to whom!
The technical difference is that “who” is “subjective” and “whom” is “objective”; what this means is that “who” refers to the subject of the sentence and “whom” to the object. If you have difficulty knowing which to use, there’s a simple way of remembering by replacing the “who” or “whom” with “he”, “him” or “them”; if it ends in an “M”, the pronoun will be “whom”. Let’s say you don’t know whether to fill in this gap with “who” or “whom”:
“___ does this belong to?”
The answer to this question would be “it belongs to him”, so it’s “whom” – both end in the letter “M”. To give a couple more examples:
“___ are you going to invite?” (Answer: “I’m going to invite him” or “them”, both ending in “M”, so it’s “whom”.)
“Is he ___ he says he is?” (Answer: the pronoun refers to “he”, so it’s “Is he who he says he is?”)
“___ is responsible for this?” (Answer: “he” is responsible, so it’s “who”.)

8. How to use the passive voice ‘The bar was walked into’ also ends in an awkward preposition.
“Such and such walked into a bar” jokes are very popular in the UK, and this very simple one will help you remember how to employ the passive voice and how it differs from the active voice.
The bar was walked into by the passive voice.
The passive voice is when the subject of the sentence – in this case the bar – is acted upon, rather than doing the acting. The normal format of these jokes uses the active voice, with the bar as the object rather than the subject. To give you another example:
“John is baking a cake for Jane.” (Active)
“A cake is being baked by John for Jane.” (Passive)
As a general rule, it’s better to use the active voice when writing: it gives your writing more life and immediacy, while the passive voice can sound stilted and dull. If you catch yourself using it (having remembered how to tell the difference using the joke above!), reword your writing into the active voice to make it more interesting.

9. The importance of punctuation

There’s a joke that describes a teacher writing on the board, “A woman without her man is nothing.” She asks a pupil to add punctuation to this sentence, whereupon a boy adds commas to create the following sentence:
“A woman, without her man, is nothing.”
The teacher corrects this to:
“A woman: without her, man is nothing.”
This humorous example shows that punctuation can completely change the meaning of a sentence, so that you can use the same words but mean totally opposite things according to how you punctuate them. If you say these sentences out loud, you’ll also notice that the punctuation changes the way you say them, by adding meaningful pauses; the first sentence uses commas to add a clause, “without her man”; the second one uses a colon to create a longer pause, with the comma breaking the sentence in a different place and fundamentally altering the meaning in the process. The OUP has consistently defended the Oxford comma.
The Oxford comma is a curious thing. It’s the comma one uses before the last item in a list, such as:
“Please can you buy me some eggs, flour, and milk.”
It gets its name from Oxford University Press, a publishing house that champions its use to the point that it even includes an Oxford comma in job titles (to give a made-up example, “Marketing, Social Media, and Blogging Officer”). Its use is contested, with grammar purists arguing that it’s essential for clarity, and those who take a more modern approach to grammar arguing that it sounds pompous, disrupts the flow of a sentence and is unnecessary because people understand what you mean without it. There are certainly arguments on both sides, and there are instances in which it’s unnecessary. But there are occasions on which it’s required, as to leave it out can result in confusion. Here’s a joke to illustrate why.
With the Oxford Comma: “We invited the dogs, William, and Harry.”
Without the Oxford Comma: “We invited the dogs, William and Harry.”
In the first version, it’s clear that we’re talking about two people called William and Harry as well as more than one dog. In the second version, however, the lack of Oxford comma makes it sound as though the dogs’ names are William and Harry. Another popular internet explanation of the Oxford comma highlights the difference between asking for “eggs, toast, and orange juice” and “eggs, toast and orange juice” – the latter making it sound as though you want your orange juice on the toast. Better not leave that Oxford comma out after all!